I’m a fur momma… and it all started in 2010 after moving from the big bustling city of Glendale to the quieter suburb of Chino, surrounded by cattle farms and eucalyptus trees.

Don’t let them fool you… yes they are cute and fluffy, but each has their own distinct personality. An running inside joke between our family is that Blue didn’t sign her bunny contract on being affectionate (at times she thinks she’s a 호랑이). Caramel has a stocky build and dislikes being called fat, because she’s springy like a ninja.

Knight always looks dapper, and uses her svelte figure to get an extra minute of playtime. Harley may look like furry mess, but thats just her lionhead breed shining thru… she’s actually a neat freak and like her “mane” to be trimmed regularly.

I miss Chubbi, Mochi & Peaches the most, who all have hopped over the rainbow bridge… at the ripe old ages of seven. They’ve gone on numerous adventures, road trips across the West Coast, and were the best therapy this fur mom can ask for during her grief journey.

About mid 2020, I adopted two baby French lops named Ghost and Shadow with the assurances from the local pet shop that they are both boy bunnies. Imagine our surprise at the end of the year when we discovered that Ghost had given birth to a litter of newborns! Turns out that Ghost is a lady, and Shadow is a very *ahem* productive man bunny. As we rung in the new year of 2021, another litter was born…

Now I am a bunny grandmama to eight rambunctious little lops.

You’ve across my little space on this vast internet.

I am a fur momma to four fourteen rambunctious bunnies, a nurse by night and a lady boss by day. My chosen addictions are caffeine, kdramas and crafty things. Playing dress up in pretty vintage stuff is my personal style.

Here is mostly my thoughts, geeky rants, and other awkwardness. 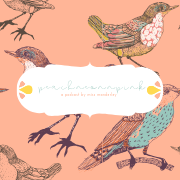